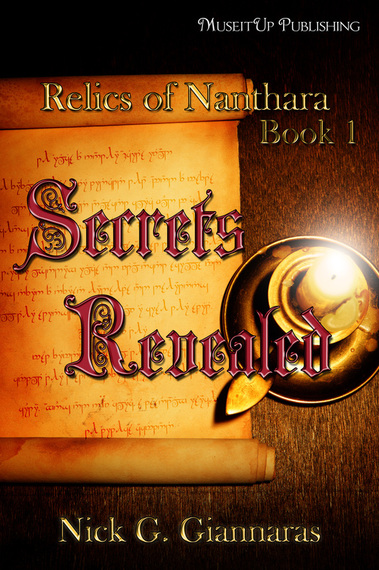 Prophecy named her heroes, a defiant cleric, a female mage, and their alliance of eccentric warriors, let the quest begin.

Determined to find the truth to the ancient prophecies, young Courtar defies his elders and journeys alone where he gains the unexpected friendship of a Dwergen, a shunned race once thought to be extinct. After hiring a jailed Alkanien as a guide to Mhoren, they begin gathering strangers of various backgrounds who, unbeknownst to them, complete a foretelling of the formation of an alliance destined to destroy the abomination. Yet the group’s inner conflicts could prove a thorn in their stability and negate the promises of victory.

Finding two surviving soldiers whose village was destroyed, they escort the alliance along a treacherous path toward Mhoren. Their undertaking almost fails during a harrowing escape from enemy troops as they flee the kingdom of Evanien. Gaining the friendship of Mhoren’s hierarchy, the alliance’s mission becomes clear after exposing a far reaching sinister plot led by the king’s half-brother, Fendis. His dark motives encouraging the Dark One’s rise to power come to fruition when the king is assassinated, forcing the alliance’s pursuit to his home where they uncover important secrets and hidden clues, including the location of the Crown of Sovereign.

With clues in hand, the alliance heads north into the Alkani realm of Isenvayle where good relations are established. Realizing a foulskin horde invaded the Alkani kingdom, the group detours east to evade invading troops and are thrown into battle in a neighboring realm. As hardships and trials abound, the alliance reaches Maugal Deep where the Crown of Sovereign lies. After battling a vicious demonic messenger, an unforeseen twist and an unexpected encounter befall them, jeopardizing the entire mission. Can the alliance gain possession of the crown and stop the commencement of the Dark One’s domination before they kill each other?